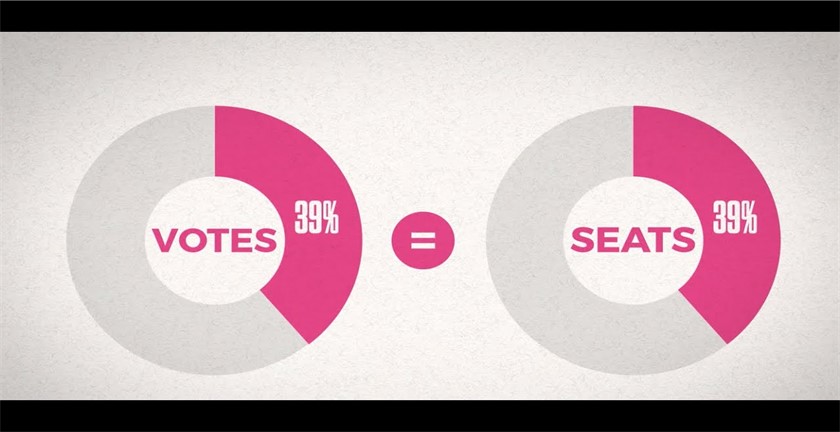 In proportional representation, everyone is presented and no wasted ballot. Many countries use this electoral system to ensure the interests of all are presented.

Let’s look at the pros and cons of using this electoral system.

1. Representation: It ensures all the interests and views of the public are represented in the government. PR gives room for minority parties to be represented as compared to other electoral systems where majority wins.

3. A high turnout of votes: Since all votes have a representative, many people will turn out to the polls because they know their votes count and no wasted vote.

4. Allow different voices to be heard: In PR, the independent parties get a chance to be elected and end the ruling dynasty. Their voices will be heard and more candidates will be given an opportunity to make a difference.

5. Wide popularity: Proportional representation is widely used by many countries due to its democratic nature of choosing leaders based on the interest of the public. Only a few countries like US, Canada, India, UK, and France that still conduct election based on popularity voting system.

7. Allow multiple candidate preferences: In this electoral voting a system, a voter ranks the candidates on the ballot based on their preferences. Voter selects the first preferred choice, the second and so on.

8. Common ground: Political leaders find a common ground for negotiations and govern based on the interest of the citizens.

9. Appeal to core supporters: PR ensure the parties appeal to their supporters rather than relying on a small number of voters for marginal seats.

10. Fair treatment: It ensures there is fair treatment of both the minority and independent parties in the parliament.

3. Gain seats easily: A party that receives a high enough percentage of votes have a seat in the government. This makes it easier for extremist parties to gain representation seats.

4. Not good to compromise: Sometimes it is not always good to build consensus through compromise even in countries which have encouraged proportional representation. Sometimes the majority need to push through for reforms in the government.

5. No direct representation to communities: Seats awarded to various representatives are based on specific constituency they campaigned for. This makes it impossible to tackle a specific community or local issues.

6. Forced coalition: PR process creates a consensual government that is formed through forced co-operation and compromise.

9. Complexity of choice put voters off: Voters need to have knowledge of individual candidates and party position before they cast on a ballot. The complexity of multiple candidate preferences can put them off.

Pros and cons of freedom of speech

Pros and Cons of TFSA

This site uses Akismet to reduce spam. Learn how your comment data is processed.